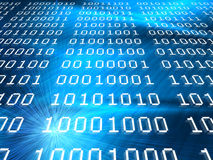 Bits and bytes or Mb and MB, as most of us know. We now have Gb and GB with Tb and TB catching up. What does it all mean? Basically, Speed and Storage.

In May 2020, a record was set for the fastest internet in Melbourne at a speed of 44.2 terabits per second. (Tbps)

Dr Galdino, a London scientist at The University of London, customised amplifiers to boost signal power. When tested in August 2020, it recorded a speed of 178 terabits per second. (Tbps)

To acheivbe this, Dr Galdino, transmitted data in a greater range of colours and bandwith than is typically used.

To support data-hungry applications such as driverless cars and smart cities infrastructure, this will be what is required for the future of Internet.

So, now you have a little idea of speeds, want to get a little more technical?

When you think of an email you have recently sent in this way, internet is pretty incredible.

A byte is much bigger — eight times bigger, to be exact, with eight bits in every byte

Here you can see the Mbps on my Telitec Fibre speed test.

Every thing you do on the computer, any apps you have, emails sent or received etc require a certain amount of storage, as this info is made up of Bits.

Some info can be very small and less than 1 KB and thisis the only exception to the rule as these files would be in kb. A kilobit.

Interactive shows and movies to watch on Netflix
May 18, 2022