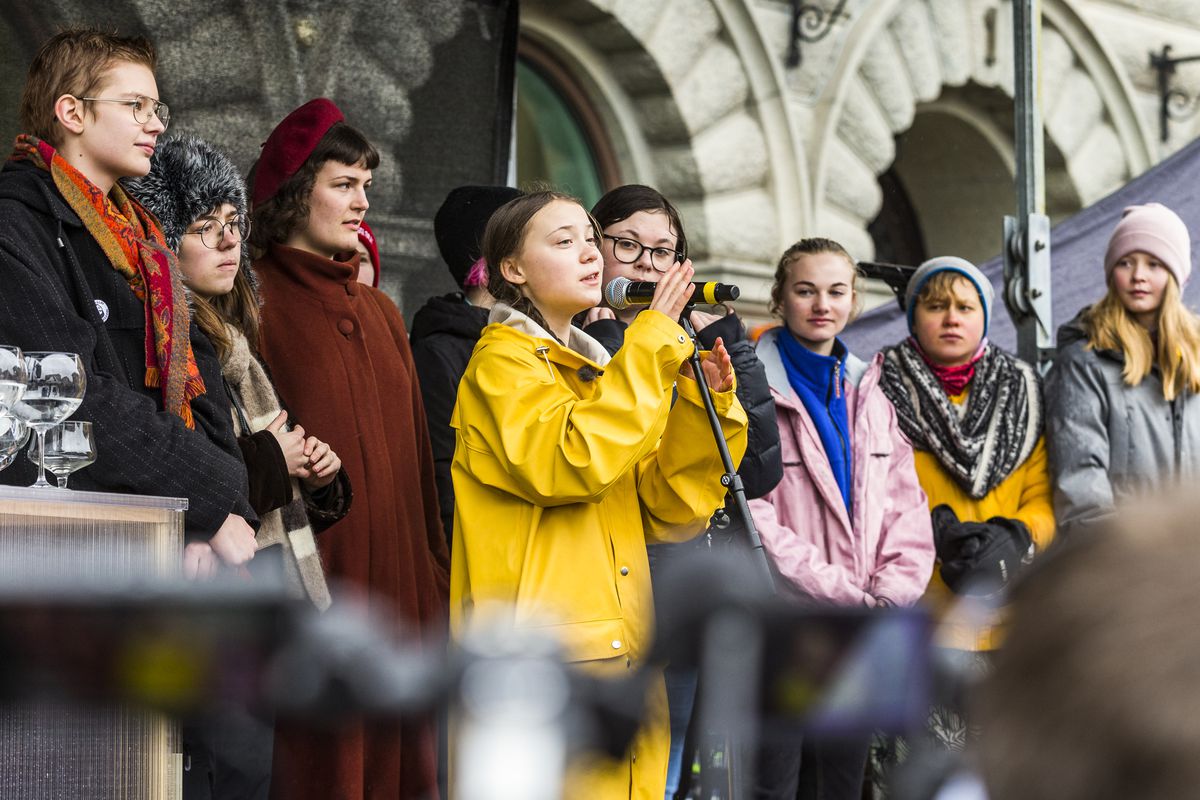 A Swedish student who is credited with raising global awareness of the problems posed by climate change, and with holding politicians to account for their lack of action on what Thunberg calls the ¨climate Crisis¨

In August 2018, at the age of 15, Thunberg took time off school to demonstrate outside the Swedish parliament holding up a sign calling for bold climate action.

Her “school strike for the climate” began attracting media attention and other students then engaged in similar protests in their own communities.

Together they organized a school climate strike movement, under the name Fridays for Future.

After Thunberg addressed the 2018 United Nations Climate Change Conference, student strikes took place every week somewhere in the world. In 2019, there were at least two coordinated multi-city protests involving over one million pupils each.

With a diagnosis of being on the autism spectrum, the condition, which she considers it a “superpower”

Thunberg was diagnosed four years ago. She has acknowledged that her passion for her climate crisis work was partly down to viewing the world in start terms.