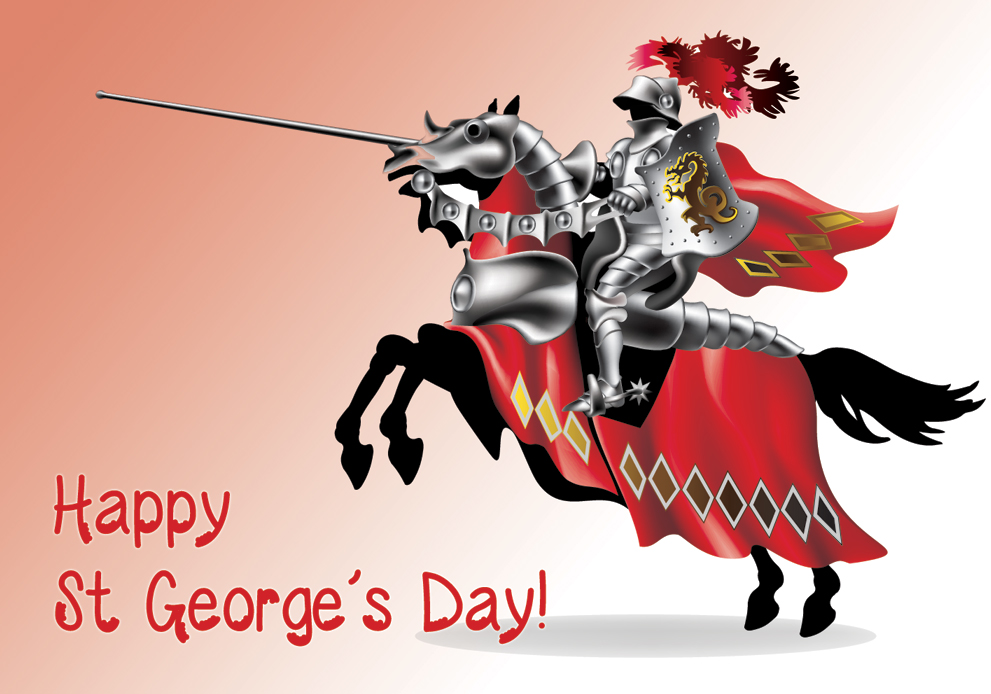 According to legend, the only well in the town of Silene was guarded by a dragon. In order to get water, the inhabitants of the town had to offer a human sacrifice every day to the dragon. The person to be sacrificed was chosen by lots. On the day that St George was visiting, a princess had been selected to be sacrificed. However, he killed the dragon, saved the princess and gave the people of Silene access to water. In gratitude, they converted to Christianity. It is thought that the dragon represents a certain type of pagan belief that included the sacrifice of human beings.

St George was born sometime around the year 280 in what is now Turkey. He was a soldier and rose up through the ranks of the Roman army, eventually becoming a personal guard to the Emperor Diocletian. He was executed for being a Christian on April 23, 303, and is buried in the town of Lod in Israel.

St George is the patron saint of a number of other places, such as Bulgaria, Ethiopia, Georgia, Greece, Portugal and Russia.

The most widely recognized symbol of St George’s Day is St George’s cross. This is a red cross on a white background, which is often displayed as a flag. It is used as England’s national flag, forming part of the Union Flag.

Saint George’s cross was originally the flag of the maritime Republic of Genoa. Around 1190, the King of England started paying the Doge of Genoa to protect ships originally from the city of London and the rest of England that sailed in the Mediterranean.

Many Catalonian men present their female relatives with roses on St George’s Day (Sant Jordi or Día de San Jorge) in Spain. The day is celebrated on April 23 each year. Lovers also swap gifts of books and roses on this day. Many people go to festive markets to buy books and flowers, particularly roses, to give to their loved ones on St George’s Day. These markets are held in the center of towns and villages, particularly Barcelona. They often include other cultural and literary events, such as book signings and readings of classical Spanish or Catalonian literature.